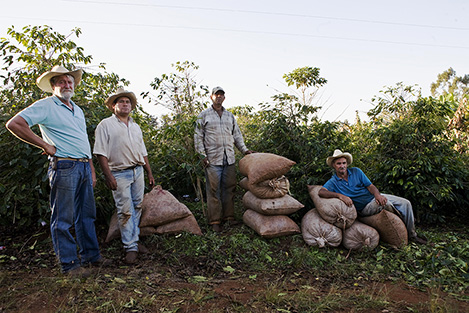 “Probably the most important effect of caffeine is its ability to improve one’s mood, mental and physical performance. With consumption levels up to 200 milligrams (the amount present in half a liter of regular coffee), consumers report a greater sense of well-being, joy, energy, attention, and sociability” said Roland Griffiths of the School of Medicine at Johns Hopkins University.

“Heart patients, especially those with high blood pressure, are often told to avoid caffeine, which is a known stimulant. But analysis of ten studies of more than 400,000 people found no increase in heart disease among daily coffee drinkers, caffeinated or decaffeinated.”

“Caffeine induces a small, temporary rise in blood pressure. But in a study of 155,000 nurses, it was found that women who drank coffee with or without caffeine for a decade were no more likely to develop hypertension than those who drank no coffee. However, an increased risk of hypertension was found between the cola drinkers.”

Coffee has a huge amount of polyphenol antioxidants called chlorogenic acids. During the coffee roasting, these chlorogenic acids form new bioactive compounds: the quinides. It is also at this stage that the proteins, amino acids, lipids and sugars form the nearly thousand volatile compounds responsible for the characteristic aroma of coffee. These features are enhanced if the coffee is roasted at a light to average toast level. It’s this whole composition that makes coffee a natural and healthy drink.